Home » Blog » What Is an Enchilada? — History, Recipes, & More
Blog

What Is an Enchilada? — History, Recipes, & More

Enchiladas are a super popular Mexican dish that’s an absolute gem in most American households.

But what is an Enchilada? Let’s find out:

Enchiladas — What Are They? 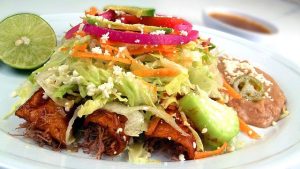 An Enchilada is a Mexican dish consisting of a corn tortilla wrapped around fillings like meat, cheese, and veggies. There’s also a delicious sauce, keeping the contents juicy and fresh.

There are quite a few variations. Some are super spicy, while others are milder with a cheese base. We’ll get into that shortly.

The Enchilada has roots in Mexico, where rolling tortillas dates back to Aztek times. Traditionally, the wrap comes with small fish rather than the meat and veggies we see today.

In modern times, the recipe was published in the first Mexican cookbook in 1831 — El Cocinero Mexicano (The Mexican Cook). Back then, an Enchilada consisted of a corn chip with a simple chili sauce.

A traveler in 1883 referred to Enchiladas as a staple Mexican dish available throughout the land.

What Is an Enchilada Made Of?

The great thing about Enchiladas is that you can make them however you like. Still, there are some general guidelines and must-haves. 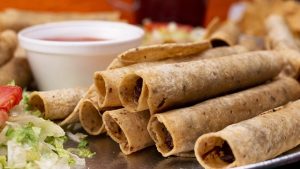 A Tortilla is a thin flatbread made with maize meal or wheat flour. The circular shape makes this the perfect choice for an Enchilada as you can fold it easily to hold the contents.

You can choose whether you want, but you’ll usually see beef and shredded chicken as the most popular options.

What Kind of Cheese Is in an Enchilada?

Mexican cheesе is your best bet for any Enchilada recipe as they differ from American cheese that may go hard when cooked.

The two kinds of cheese we recommend are Queso Blanco and Queso Fresco. Both hold a mild flavor that won’t overwhelm the dish but add just enough consistency to be a staple in any Enchilada recipe.

What Is an Enchilada Sauce?

Your Enchilada would be nothing without its iconic sauce. The distinctive red color comes from tomatoes, chilies, and spices.

You can find this fragrant sauce at your local grocery store or make it pretty easily at home. We’ll tell you how to do that shortly.

How to Make Enchiladas

There are quite a few variations, but here’s the best way to make the dish:

So what is an enchilada, and how do you make one? It’s a delicious Mexican dish, and here’s how to go about it:

Remove the Enchiladas carefully and serve them hot.

How to Make the Sauce

Whatever Enchiladas description you read, the common factor is the sauce. It can make or break your dish. 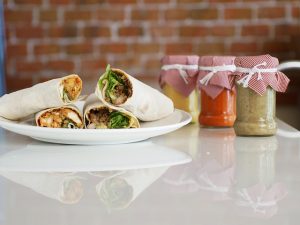 You can replace the tomato paste with Rotel if you prefer. If you don’t have either, you can substitute Rotel for other foods.

What Goes Well With Enchiladas?

The dish is delicious by itself, but some foods go super well with Guatemala Enchiladas.

It’s a popular Enchilada filling. You can purchase it in a can from your local store or make it yourself.

To add them to your dish, simply heat the beans before putting them into your Enchiladas. We recommend tasting the refried beans and adding as much as you want. Note that the consistency is quite thick, so select your other fillings carefully. 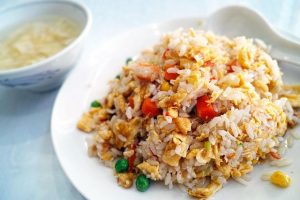 It’s an excellent recipe if you’re unsure what to do with leftover rice or proteins. Plus, if you have some extra homemade Enchilada sauce, this is a winner.

If you don’t feel like cooking that much, learn more about Veestro, which offers already made food.

Different Enchiladas You Must Try

There are quite a few Enchilada variations. Let’s look at a few popular options.

The base is the same. But rather than using a spicy tomato-based sauce, you use a cream or milk-based one.

Enmoladas are enchiladas covered in mole sauce. That’s an authentic Mexican sauce made from super hot chiles, tomatoes, cocoa powder, nuts, and a whole lot of spices. Some prefer it sweeter, while others like it spicy.

You can add the mole straight into the tortillas or pour it over the enchiladas.

This recipe is made by pouring creamy pureed black beans over traditional American Enchiladas. You can also add the black beans to the tortillas.

It’s a popular dish served for breakfast in Mexico.

Entomatada uses a basic enchilada base with a tomato sauce instead of the traditional one.

The dish is usually paired with sour cream and grated cheese.

What Is the Difference Between a Burrito and an Enchilada?

There are two main differences. First, a Burrito is made with a flour-based tortilla. You can eat it with your hands without making too much mess.

An enchilada is made with corn tortillas. You need to eat it with cutlery as it’s drenched in sauce.

What Is the Difference Between a Chimichanga and an Enchilada?

A Chimichanga is simply a deep-fried burrito, so it’s more crunchy. It’s not the best meal if you’re watching your calories. If you want to eat better, read our Factor Meals review for a healthier option.

In contrast, an Enchilada is softer and has a lot more sauce. While it’s a better calorie choice, it isn’t the best option for the health-conscious. 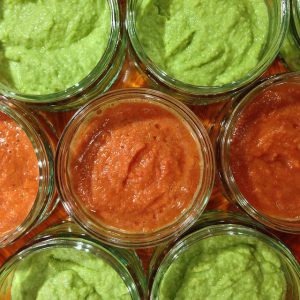 What’s the Difference Between Red and Green Enchilada Sauce?

Depending on your taste, you can make an Enchilada with red or green sauce. The biggest difference is the types of chilies used.

Wrap Up — What Is an Enchilada?

An Enchilada is a corn tortilla filled with meat, cheese, sauce, and veggies. It’s easy to see why it’s such a popular dish.

While the Enchilada began in Mexico, it has become a staple in many households with lots of variations.

If you want to know how to prepare this delicious dish, simply scroll up. But if you’re looking for ready-made options, consider signing up for a food subscription box.

Rocksbox Reviews – Is Renting Jewelry a Smart Choice in 2022?

Stitch Fix vs Wantable — Which Subscription Is Worth It in 2022?

The Most Comprehensive Home Chef Reviews

TRY HOME CHEF
About Us