Home » Blog » Substitute For Cilantro And Coriander — How To Choose
Blog

Substitute For Cilantro And Coriander — How To Choose

Do you need a substitute for cilantro? Do you just don’t have it, or do you hate its taste?

Whatever the case may be, we’ve prepared a list of different food options that might save your day.

Cilantro and Coriander — Are They the Same Plant?

Cilantro and coriander originate from the same coriander plant. In the US, we say coriander when talking about the coriander seeds and cilantro for the leaves and stems.

So, looking for a substitute for cilantro, our best bet is leafy foods like parsley and basil. And if you need a coriander replacement, you can use spices like cumin and curry powder.

Cilantro has a distinct citrusy taste and gives freshness to your dishes, while coriander tastes warm, spicy, and nutty, with a slight hint of citrus. Since they taste different, you cannot use the same replacements.

If you dislike both or don’t feel confident in the kitchen, you can try a customizable meal delivery service. For instance, you can check our Daily Harvest breakdown to learn about a healthy plant-based meal box.

Some people have genetically heightened olfactory senses for a specific cilantro compound called aldehyde. So, if it tastes soapy to you, looking for a substitute for cilantro is only natural.

You might also dislike cilantro because you’re not used to the taste or prefer less citrusy flavors.

You can avoid meals with ingredients you hate by choosing a customizable food subscription. For instance, see if Freshly fits your diet as it always tastes delicious.

To start, let’s check out some spices that can serve as a good coriander replacement. We’re looking for warm, spicy, and nutty flavors. 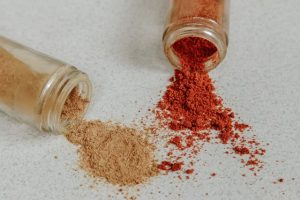 Cumin is a popular spice in many cuisines. It’s usually in powder form made from the dried seeds of the cumin plant. In Morocco, people have it on the dining table because it enhances the flavor of all foods.

It’s an excellent replacement because it offers a similar warm, nutty, and spicy flavor.

How to substitute: You can use cumin as a one-to-one ratio to coriander. So, if the recipe calls for 1 tbsp of coriander, replace it with 1 tbsp of cumin.

Another great coriander alternative is garam masala. It’s a mix of spices that usually consists of:

It literally has coriander in it, so it’s an excellent replacement. You should be careful, though, as garam masala also has a bunch of other spices that might change the flavor of your dish.

How to substitute: Start small when adding this spice. Try it with less than what the recipe asks, and add more after tasting.

Curry powder can also be a good coriander replacement. It’s a mix of spices, like garam masala, but it tastes differently. It often consists of coriander and spices like ginger, turmeric, chili, and fenugreek.

Curry powder brings a warm, sweet, and savory taste to all dishes, but you should be careful with it. Use too much, and you’ll risk changing the flavor of your dish.

How to substitute: Because of its strong taste, start with adding less than what the recipe asks for. Try it with half of the needed coriander amount. 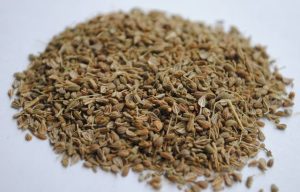 Another spice similar to coriander is caraway. It comes in the form of seeds that are usually ground into powder.

This spice is the closest you can get to coriander taste. The biggest difference is that caraway has a bit of a sweet aftertaste and a less peppery taste, which fits great in marinades and dry rubs.

How to substitute: You can use a one-to-one ratio because the tastes are quite similar. If you want to be more careful, add it slowly and adjust to taste.

So, what can you substitute for cilantro? Look for herbs with a fresh citrusy taste, like the ones below.

Parsley comes from the same family as cilantro, and people often mix the two up because of their appearance.

Parsley has a similar fresh taste, but it’s a bit more bitter. Also, it lacks that strong citrusy taste we look for in a good substitute.

If you want to substitute cilantro for parsley, you can add a bit of lemon juice. This will reduce the bitterness and increase the citrusy taste.

How to substitute: You can do a one-to-one ratio substitution as both herbs have a similar taste. 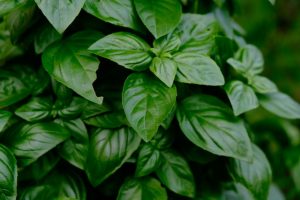 Another good replacement for cilantro is basil. There are a few different types, but the one closest to cilantro is Thai basil.

Thai basil has a citrusy, warm, and slightly sweeter taste than cilantro. It’s a great option to use in Asian and especially Thai dishes. In contrast, dried basil has a less sweet and more earthy flavor, similar to cumin.

How to substitute: Exchanges go with a one-to-one ratio. So, if the recipe asks for 1 tbsp of cilantro, add 1 tbsp of basil instead.

Although dill tastes quite different, it can still be a good substitute for cilantro. The herb has a distinct fresh flavor with some notes of sweetness, grassiness, and lemony taste. It does pack a mean punch, so it’s best to use it with caution.

Dill is best for colder dishes, like potato salad, or breakfast foods like eggs benedict. It gives them just the right fresh taste to elevate the flavor.

How to substitute: Be careful with the amount. It’s best to start small and adjust to taste, but the usual ratio would be half a tbsp of dill to one tbsp of cilantro.

Another excellent substitute for fresh cilantro is papalo, but you may struggle to find it unless you live in Mexico or South America.

Some describe papalo as having hints of lime, while others say the flavor falls between cucumbers and cilantro. Only the leaves are usable, and they end up giving a grassy, savory finish to a meal.

How to substitute: Use a third of what the recipe asks for cilantro. So, you should use a third of a tbsp of papalo instead of one tbsp of cilantro.

Celery leaves are also a great cilantro alternative. They even come from the same herb family, just like parsley. Although the celery stalk is edible, the leaves are also good.

Celery has a mild peppery flavor, as opposed to cilantro, which has a more fresh and citrusy taste. It’s great for soups, stews, sauces, or purees.

Be sure to pick smaller, more tender leaves instead of the larger, fibrous ones.

How to substitute: Because of its milder flavor, you can use celery in a one-to-one ratio to cilantro. 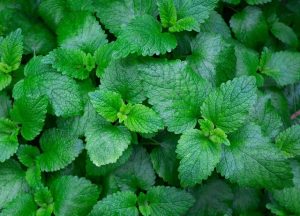 Fresh mint leaves can be a good substitution for cilantro. They have a fresh aroma that works well in Asian and South American cuisines. You can add them to salads, tacos, or on top of curries.

One downside is that mint lacks the bright, peppery taste of cilantro. Also, you might not like its taste. To fix this, squeeze a bit of fresh lime or add balsamic vinegar to it.

How to substitute: Use less mint when starting out and adjust to taste. The recommended ratio would be half of the required cilantro.

Another herb similar to cilantro is Vietnamese cilantro, also called rau ram. It has a close, slightly peppery, and minty taste. The herb goes great in most Asian dishes, and you can also use it for garnishing.

Rau ram is grown in tropical and subtropical climates, so it might be a bit hard to find.

How to substitute: You can use rau ram as a one-to-one ratio to cilantro.

It’s best in cooked meals as it handles heat well, so you can use it in soups or stews. But it’s not easy to find outside of the Caribbean and South America, where it’s quite popular.

Culantro has a much stronger taste, so you should use it in smaller amounts.

How to substitute: Start with very little and adjust by taste.

What Recipes Use Cilantro and Coriander?

We have reviewed the best substitute options for cilantro and coriander, but what dishes can you use them in?

Generally, cilantro is a garnish in South American, Mexican, South Asian, Chinese, and Thai cuisines. It’s best to use it fresh and add it at the end of the cooking. Since it’s very sensitive to heat, that may reduce its flavor. Dishes like salsa, guacamole, chutney, and different kinds of soups all use cilantro.

Coriander has a much warmer, spicier taste, so it’s best for cooked spicy meals. It’s used in the same regions as cilantro but for different dishes. For instance, you can often see it in a recipe for curry, rice, meat rub, and all kinds of soups and stews.

You can substitute coriander for cilantro because they’re the same plant. You won’t get the same taste, though, as they taste differently.

If you’re making a dish that requires cilantro and leeks, but you don’t have either, see how you can replace leeks, too.

Did You Find The Right Substitute?

We reviewed a few herbs and spices that you can use as a substitute for cilantro and coriander.

Instead of coriander, you can try cumin, curry powder, or spice mixes. In contrast, cilantro is best substituted with parsley, basil, and rum ram. Some of these taste very similar, while others differ significantly from the original flavor, but they’ll always help make your dishes delicious.

If you feel like this was too much information and you’re way too hungry to cook, check out our food subscription box reviews to find a good meal delivery service.