If you’re willing to drop $1 to try out Dollar Shave Club, you won’t regret it. The convenience of having razors shipped right at your door every month is fantastic. They would make an excellent fit for anybody with unisex razors, a great variety of razor types, inexpensive prices, and various shipment options.

As I explained in my first Dollar Shave Club review, there are three types of razors to choose from. There’s a six-blade, a four-blade, and a two-blade. I chose the six-blade, which is called the Executive. For the first month, they ship the razor handle as well as four replacement cartridges, all for just $1. They even included an extra shaving butter sample in my first box. You can choose to continue your subscription after the first month or cancel if you don’t enjoy it.

I was emailed tracking information when they shipped my Dollar Shave Club for the month of June, and it arrived within a couple of days. Rather than a little box like I expected, my replacement cartridges were packaged in a large brown envelope with Dollar Shave Club branding on it. Inside, the razors were placed neatly in a cardboard tray. 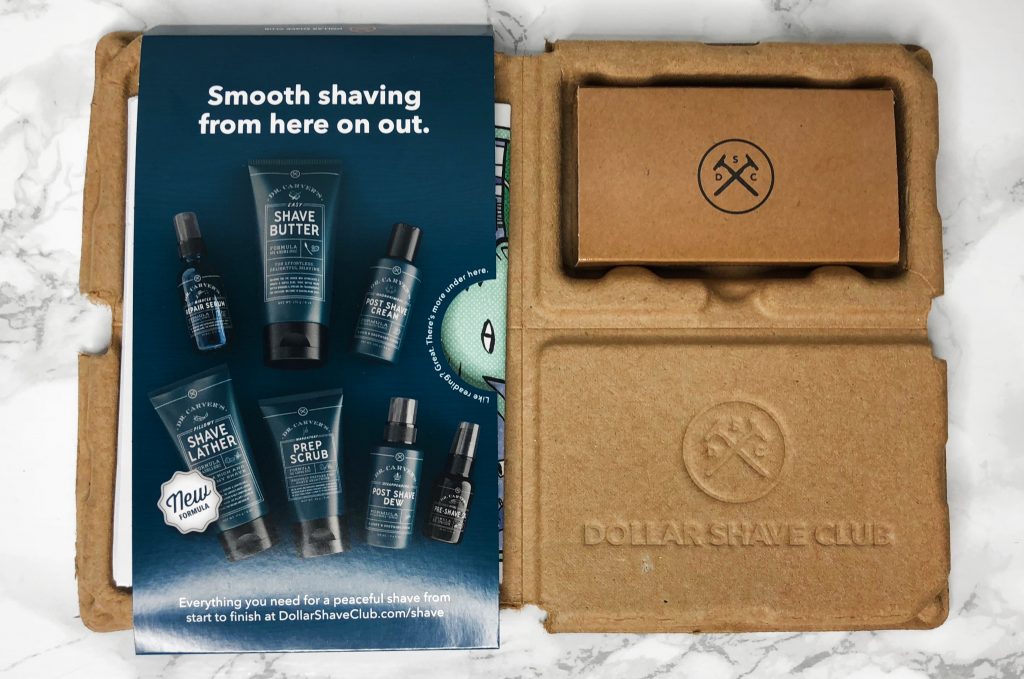 I was glad to see that all the packaging is 100% recyclable. They even make sure to advertise this around it to ensure it gets recycled. 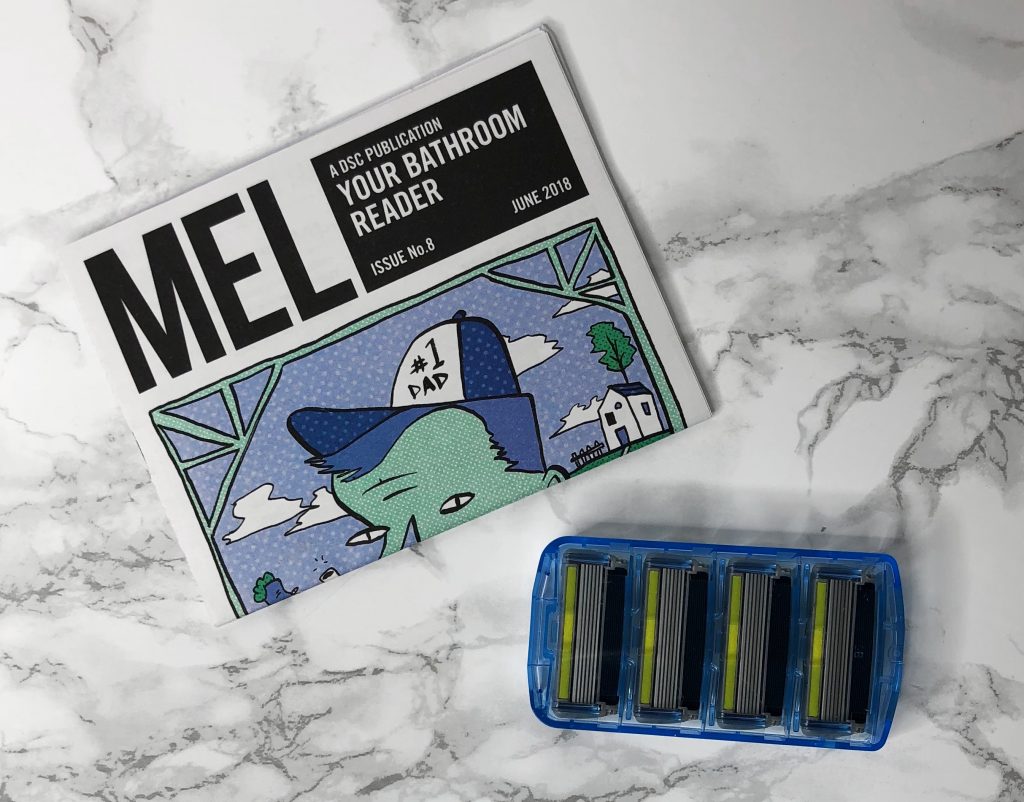 In addition to the replacement cartridges, my shipment came with another “bathroom reader” booklet as it was the case with my first Dollar Shave Club subscription box. This is a mini-magazine that contains various articles to be read while using the bathroom (although they can be read anywhere, of course).

While they state that their razors are unisex, they don’t tailor their brand towards women at all. This “bathroom reader” contained articles about the manhood and other things that can’t relate to women. I think it’d be a great option to be able to choose your gender when you subscribe, and then they can tailor the bathroom reader and emails you receive towards this. This isn’t that big of a deal since the razor quality is what counts the most. Still, it’d be a nice addition that would make this subscription more enjoyable by female subscribers.

Once again, the Executive razor is terrific. My subscription costs $9 per month for four replacement cartridges, but the four-blade and two-blade options are a little cheaper. Even the most expensive razor is an excellent deal for an entire month’s worth of shaving. Plus, the first month costs only $1 (including the razor handle) as long as you sign up with the deal. You can also edit your subscription to ship less often, such as bi-monthly, which will save money.

Shaving is so quick, painless, and efficient with this razor. I’ve only cut myself one time since I started my subscription over a month ago, and that was my own mistake. I used to nick myself way more often with other razors. Plus, it lasts much longer than any female-orientated razor I’ve used. Ultimately, these razors don’t get dull as quickly.

Dollar Shave Club recommends replacing cartridges weekly, but I’ve been able to use three or occasionally two cartridges per month! This depends on how often I shave. Typically, this is every other day or sometimes three times a week, but I’ll probably be shaving more often since the razor works so well. Switching razor heads is very simple with this razor – it takes just a single click of a button.

As for coupons and deals, there’s not much that Dollar Shave Club offers other than their $1 intro deal. They do have a few different starter boxes for $5 that include the razor handle, replacement cartridges, and various sample products if you’re willing to spend a little more on the first month. However, this isn’t necessarily a coupon either. The only other coupons they offer are for their shop, which they email to subscribers whenever they’re available.

Concluding Thoughts
So far, my experience with Dollar Shave Club has been fantastic. It’s convenient, inexpensive, and the razor is the best quality I have ever had. This subscription is perfect for busy people or people who don’t want to waste time going to the store and buy razors when they run out. I’m delighted that I decided to hop on the shaving subscription bandwagon!
9.3 Total Score
Shipping
9
Pricing
9.7
Product Quality
9.6
Product Value
9
User Rating: Be the first one!